Composer, arranger and conductor Adalberto Álvarez, is undoubtedly the Cuban sonero par excellence. Possessor of a very personal and unmistakable harmonic and melodic style, “El Caballero del Son”, title that has been won by the anthological innovations and contributions made to that traditional and contemporary genre, turns out to be at present, the most versioned musical author, in the Latin scope in the last 40 years. 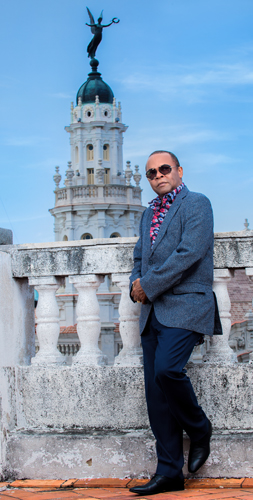 Among the main contributions made by Adalberto, is having given him the contemporary air that the Son needed, with this he managed to reinsert it from Cuba, into the atmosphere and the sonority of the Salsa towards the universal.

In 1978 he founded “Son 14” orchestra that became a milestone within the existing ones in the Cuban musical sphere. In this group he managed to show a different musical concept, because without renouncing the roots of traditional Son, he renewed it through texts, orchestrations and contemporary harmonies.

After reaching wide popularity in “Son 14”, he decides to form the orchestra of “Adalberto Álvarez y su Son”, making his first presentation on February 25, 1984. In this new stage, he assumes the challenge of making new rhythmic changes.

Since then and until now, his work has been characterized precisely by respecting the necessary and vital cadence of the dancer, a condition within his work that has not only been recognized by dancers of his country, but also by those from other latitudes.

The themes of the authorship of Adalberto appear in the repertoire and discography of Papo Lucca, Oscar D ‘León, Roberto Roena, Willy Rosario, Andy Montañés, Ismael Quintana, Juan Luis Guerra and 440, Eddie Palmieri and Gilberto Santa Rosa among other relevant musicians, performers and composers, who have recognized his talent as a creator.

The above is just a sample of what their creative talent means, however, in their live performances, interesting events with the public also occur. Recall the concert held in April 2002 at the Palais des Congrès de Paris where “El Caballero del Son” invited the legendary Compay Segundo occasionally, making more than 4000 people sing their music and dance with their son. 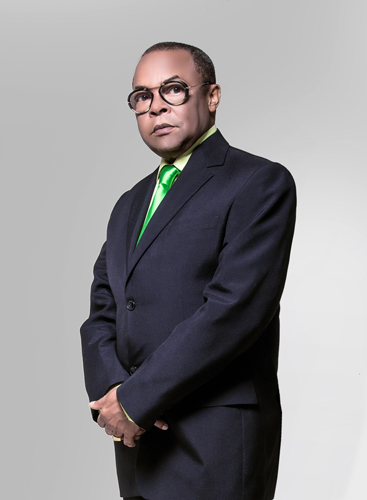 Winner of several national and international awards, recognized by his people and admired in several countries, Adalberto Álvarez is still that “Caballero” that thanks to his talent one day he bet on Cuban popular music and for the pride of all managed to seize the popularity of his people, who upon hearing the first chords of each of his songs thanks him in the way of the dancer his fruitful and wonderful existence.

The Maestro Adalberto Álvarez, in addition to having a luxury repertoire in his performances, has been an excellent promoter of Cuban music, which is why he is considered one of the most loyal supporters of couples dancing in the Casino modality. danzario-choreographic style emerged by spontaneous generation, at the end of the 40s in Cuba, among dancers and that is now known throughout the world.

During his professional career, the teacher Alvarez, precisely, for his artistic results and his vocation to preserve values ​​of culture, has been responsible for important responsibilities, including being President of Honor of the “Festival Matamoros Son” since 2004 and Honorary President of the First International Meeting of Casino Wheels. He has also chaired the Cubadisco International Festival on several occasions and is the creator of “La Fiesta del Tinajón” of Camagüey, an event that promotes the most authentic values ​​of the history and tradition of the people of Camagüey, grouping all the artistic manifestations.

The excellence of the “Caballero del Son” is endorsed by a long list of recognitions associated with his career as a musician, among them:

With a professional career that includes international tours and presentations in stages of the United States, Canada, Japan, Denmark, France, Holland, Norway, Germany, England, Spain, Portugal, Italy, Holland, Austria, Hungary, Belgium, Greece, Mexico, Puerto Rico, Venezuela, Colombia, Peru and Ecuador, Adalberto Álvarez continues today, making sounds for the dancers with the same strength with which he has created several hits and with the enthusiasm with which he has recorded more than 30 albums that are already classics , in Cuban musical history.

Are you interested in being updated and receive notifications about our presentations and news? Subscribe and we will keep you informed.